If one starts to look at the Malin grid of Mars laditudinally, one will see new and startling images. 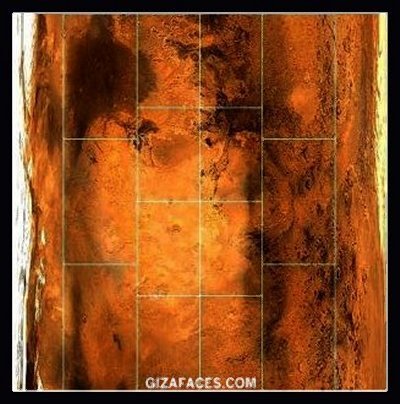 Picture an old Edgar Rice Borroughs drawing, and then look at this drawing through an ornate paneled amber glass window, you will then achieve the proper perspective. 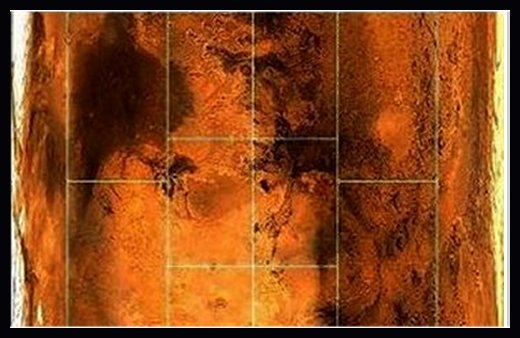 I see a part ape/man/lion with an intensely staring left eye. To his left in shadow, is a grinning woman who has the paws of a wolf draped over her shoulders. Her right hand is on his left shoulder, and her left hand cups the muzzle of the wolf just to her left. This is the same scenario that we found on the Moon engraved on the "Tracy" boulder isn't it? Notice the jewel at the top of her forehead and the markings on her necklace. Now for a definition of the wolf. He is Wepwawet/Wepawawet, he is depicted as a jackal or a wolf or with a jackal head, often dressed as a soldier and carrying his weapons. His name means "opener of the way" and is believed to have a connection with going out into battle. Now one can see the connection to the male soldier type found in "Tracy" on the Moon.