Pictured below are four bearded males, which appear to be a repetition of the same male image. 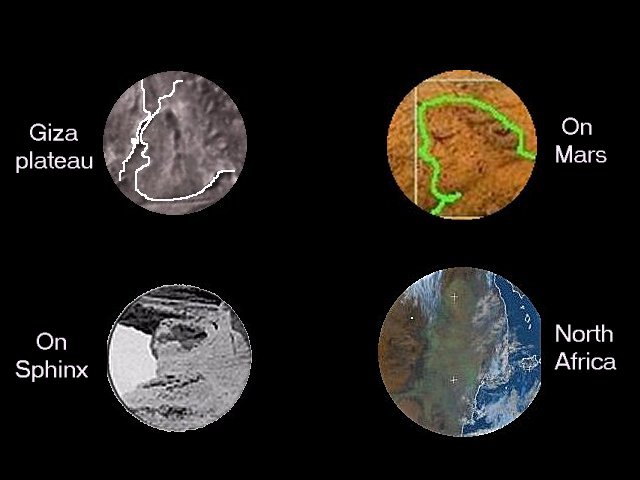 Worth A Close Look!

Regardless of name the images remain. I have assigned names to all my images. I have tried my best to place them in some rough context according to legend and myth. The names I assign are unimportant. They are the mouthings of a chipmonk in comparison to an earthquake. The main and most important aspect of all this research is this. It has been eight years since my "awakening". It is the realization we are the apparent inheritors of a somewhat devastated Solar Sytem. Yes, we have crawled from the caves to get to where we are, but we ran into those caves standing and proud, in search of shelter. We emerged without the memory of who we were. In our period of wisdom, we left ourselves a map, so to speak, a map to help us retrace our steps back home, back to our former selves. In our wisdom we knew that a system-wide event was inevitable, and for those who survived this catastrophe to loose their origin/memory/identity, a big term. One worth discussing, as our genes indicate we all had the same mother. However we do not have a clear recollection of how we got from there to here. We have various interpretations of that journey but none are conclusive. Being an old race and having survived former catastrophies, we learned to leave traces in such large scope and significance systemwide as to be unmistakable markers, in the inevitability of just such an incident. So now, in this time, we find ourselves looking beyond the Earth and begining to wonder about "out there". Being a logical race as we ascend back into the heavens, we see significant reinforcement, as seen on Earth, of even larger images throughout the solar system. These images are a childs first look in the mirror. Can we comprehend our former selves? Can we see through the veil?