THE GREAT LADY REVEALS HERSELF

The Inventory Stela discovered in the nineteenth century by French archaeologist Auguste Mariette, showed in its texts that the Sphinx and the Great Pyramid along with other structures at Giza, were already in existence before Khufu came into being. The stela also said the Great Pyramid was dedicated to the "Mistress of the Pyramid". Now for the first time you can see the Great Lady on the southeastern corner of the Pyramid! 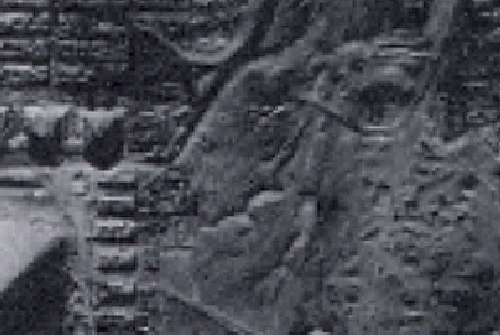 The Great Pyramid is maternal not paternal. This is a total turn around from conventional thinking. She is holding a baby. 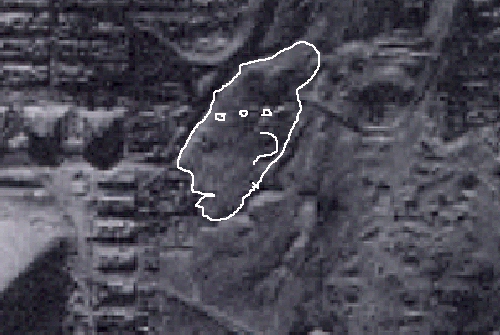 There is a timeline etched into the Giza plain!

Take strong notice of the large "U" and the "X" with a tail that swings upwards, located just behind the "Lady". They represent the Corona Borealis and Mons Serpens constellations. The "Skull and Cross-bones", also the "Red Serpent". Notice that the Serpens constellation is at a different position then it is now! Roughly thirty to thirty-six thousand years different! Maybe even one hundred thousand and thirty six!!! 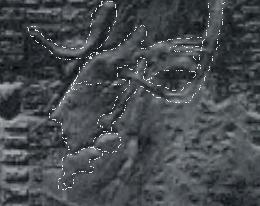 Timeline of the Goddess!

This is Isis, Inanna, Anu, "The Lady Of The Rib"! Separate and independent research by DeAnna Emerson, corroborates much of what I have found. Suggested reading is her book "Mars/Earth Enigma", 1998 by Galde Press, Inc., ISBN 1-880090-18-X.