This is Jack Schmitt collecting samples during the Apollo 17 lunar mission. 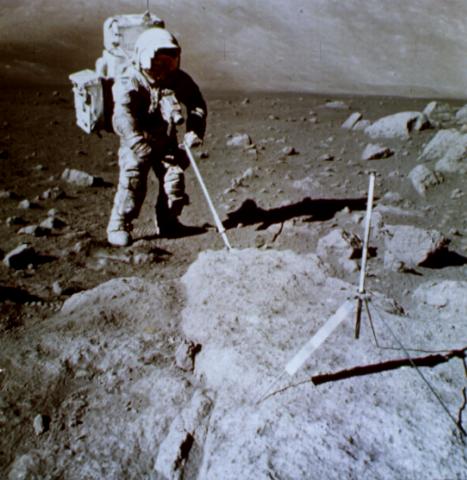 What kind of samples do you think Jack is collecting?

Does one notice the sharp edges on some of the "rocks"? Can you find two that are shaped the same and are leaning the same way? Odd, don't you think? Now, look at the large slab at the bottom of the photo. Do you notice anything about this slab? Do you see letters of some sort? 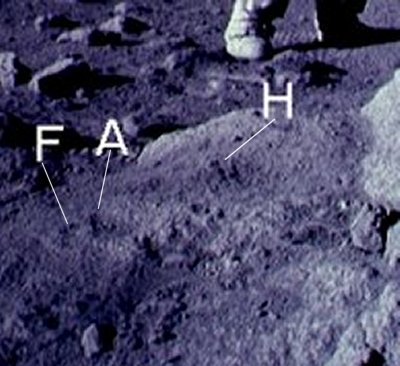 Lets, zoom in, and take a look! 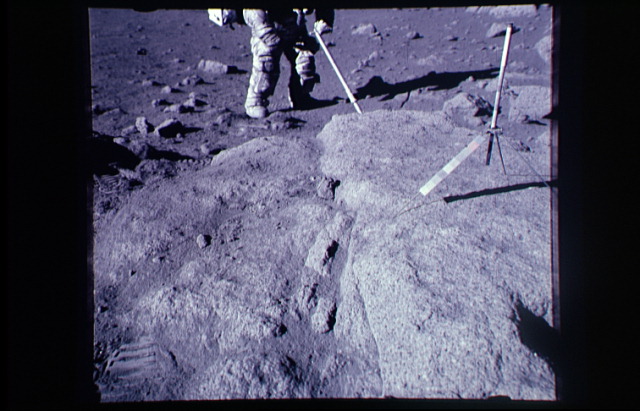 Hey, I can still see them in this photo. This would say it tends not to be a trick of light and angle. I don't think it was "Kilroy" either. Turn the page there's more coming!