HOW ABOUT SOME PROOF? 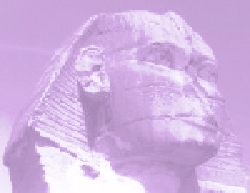 It's time to ask some questions. "I can see just as many faces in my linoleum." I would have to agree, if it were not for the independent research of DeAnna Emerson. Her work is paramount to understanding the significance of this website and the images they contain. The scope of my research also encompasses a much larger picture then just Giza, and there are many connections to other ancient sites. During the first five years, all I really had were just images without any meaning. They appeared not to be Egyptian and I had little understanding of the relation of one image to another. Remember, this started out as an accidental discovery and it was intended as a hobby. There are images within images. Practically all have open mouths. Shifting sand cannot produce formations of the types you have just seen. One must also take into account that much has changed about Giza in recent years as far as the dating of the complex. Many are now suspecting the site to be far, far, older than anything modern society considers ancient Egyptian. The understanding and direction of the repair crews, and all concerned in this is that Khufu and other Egyptian Pharaohs were responsible for these massive constructions. Nothing could be further from the truth. Egyptians inherited or were survivors that found this site and did their best to understand, emmulate, and maintain it. They did not construct it in any way despite the seemingly, overwhelming evidence. The Egyptian society appeared out of nowhere at the peak of their culture which only wound down hill because the technology they obtained was not fully understood. This would be a good argument either way for catastrophic inheritance. It was not created by them. Repair and excavations have gone on for countless years under the assumption that Giza is Egyptian. Because they never knew to begin with, much has been unknowingly destroyed. This, I believe, is not their fault, but the evidence must be shown. Just as a message passed from one individual to the another, the meaning is soon lost. The following page is a key piece of evidence in advancing this theory and shows most dramatically how this has affected most peoples interpretation of what they see.........watch carefully!